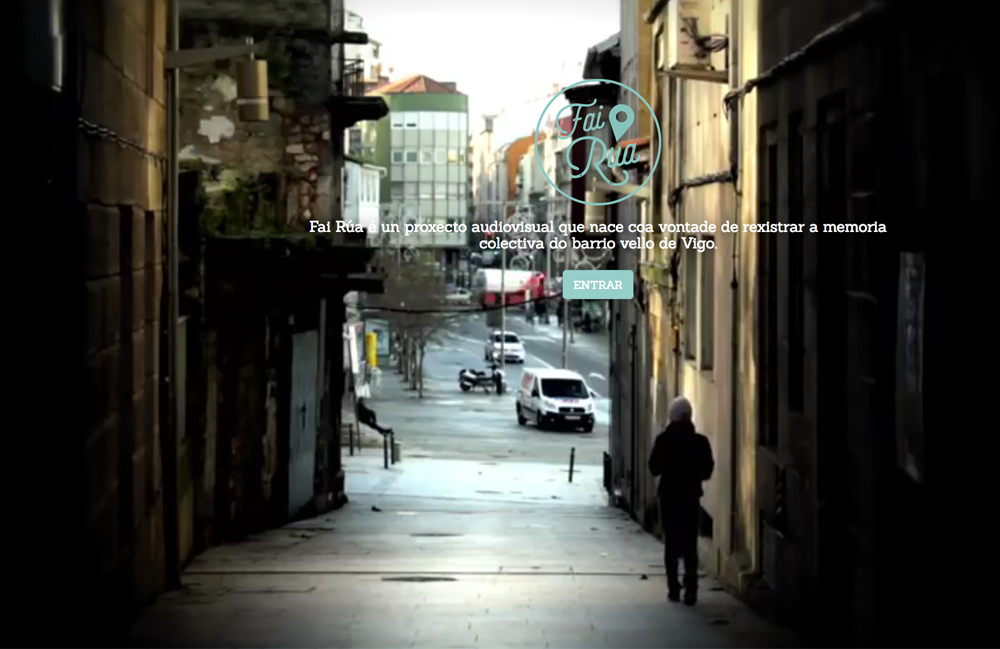 Fai Rúa  was born to give visibility to common heritage of the Soho neighbourhood of Vigo, fastly changing on the last ten years, and tries to rescue all the stories and people which gave the character and personality to the neighbourhood. It is a webdoc made of more than thirty short stories about the heritage and immaterial value of the old town. First phase was filmed in 2014-15 and ended with a street party together with all the neighbours. Second phase of the project started in 2016 and will be released in 2017.