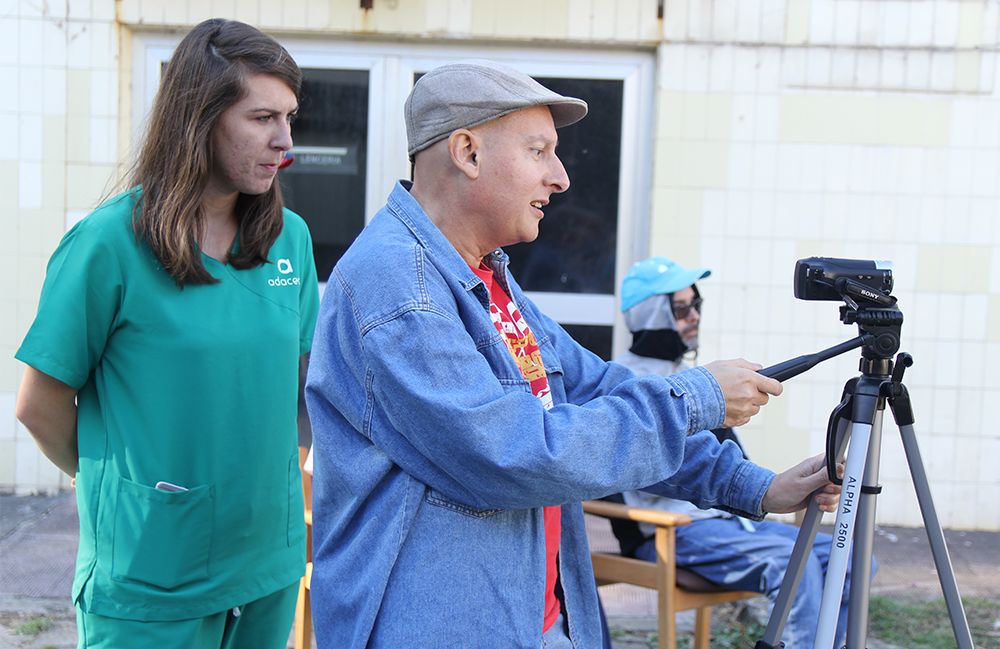 Participatory Video workshops aiming to provide skills for social workers on the uses of this methodology.

During the end on 2018 and beginning of 2019 we participated in Más Social, a program developed by Fundación Barrié de la Maza. This program has among its objectives to build new skills on social workers by introducing new methodologies.

Gingko participated in the project after a communication introductory program aiming to show the uses and possibilities of PV within different associations. Those associations were Adaceco (Asociación de Daño Cerebral Adquirido), in A Coruña, and FEAFES (Federación de Asociaciones de Familiares y Personas con Enfermedad Mental),

We started a PV process together with some workers (future facilitators) from the beginning to the end, from the first steps to sowing the resultant products, During and after each of these workshops we had time with this workers to talk about the experience and discuss the best ways to adapt it to their beneficiaries.

As a result there were some short movies produced by the participants that were publicly released. Those “filmmakers” with mental and physical disorders raised their voices in different media, radio and TV shows using their own ideas to speak about their challenges and hopes.