When we had the first meeting with Ourense International Film Festival and they told us what they wanted to do this project became one of the most interesting for us.

Goals were, in one hand, expanding the OUFF activities out of the cinema venues and disseminating the creative activities to the streets and to the city itself.

On the other hand, it was a communication for inclusion proposal, a creative and social activity through video making. At this point is where the CEM A Carballeira (Centre for Minors) joins, so that a group of 20 kids aged 12-17 that were living in this centre due to different reasons (migrants with no familiars in Spain, petty offenders, …) became the participants group with which we should work to increase their self-esteem, foster creativity and build social abilities and groupal links..

As a result, we started the workshop “Imagine that…”, a participatory video activity. We had 4 days x 3 hours and all the activities took place in La Molinera, a council facility where we have different rooms, cameras, tripods…

We created 4-6 people groups and assigned the first task: filming a introduction of the members of the group. Before that, we talked a little bit about audiovisual language: framing, script, sequences and takes… Also, we talked this day about genres and mainly about short-films. They were really interested in this topics as they have heard about that but didn’t know exactly what was it.

After that, each group started working on their script. They could write about anything they wanted but they had to include somewhere in the story the sentence “Imagine that…”. It took 45 minutes to have a brief plot and the characters.

At the end, we all watched together the group presentations they filmed at the beginning. We had a good time and also pointed the things we liked and those that could be improved. We learned and laugh during the showing and finally uploaded the videos to the blog.

During the week we (the facilitators) edited the raw material, so that we started this day watching a first edition of their short films.

After the showing all of them decided they have to repeat almost al the scenes because they were laughing in a dramatic scene, or talking behind the camera while filming… Before let them going back to film we gave them some advices to improve their filming.

Why we made it this way? Wouldn’t it be more efficient if we first give advice and then they film? Because we think it is much better to learn from your own experience.

Before leaving this day we watched their new shootings and create a new photo-audio story for the blog.

During this day we started finishing the scripts and drawing the storyboards because some of the groups had made homework (voluntarily) and some stories had important improvements. One of the groups, indeed, had everything ready to start filming, while another were still writing and a third one were stuck because they tried to make it very complex. After 1:½ hours they all were filming. Finally, we ended watching what they had filmed this day. It’s always a good idea ending this way as it is funny and also works as a collective evaluation.

Also, during this day two people were in charge of taking photos for the making of and writing a text to publish together on the blog, expressing how they lived this day. Nevertheless, one of the volunteers said she didn’t’ want to write as she felt she was not a good writer. So we decided to do this task in a different way: selecting the photos and recording with a smartphone a voiceover to go with this photos. That’s what they made.

The 3 short films are edited before this day. We left black spaces for those scenes they still have to film. Each group is at a different point:

This day we didn’t have time to review the images as there was a lot to do and we ended late. Almosts ½ hour late but with everything finished. 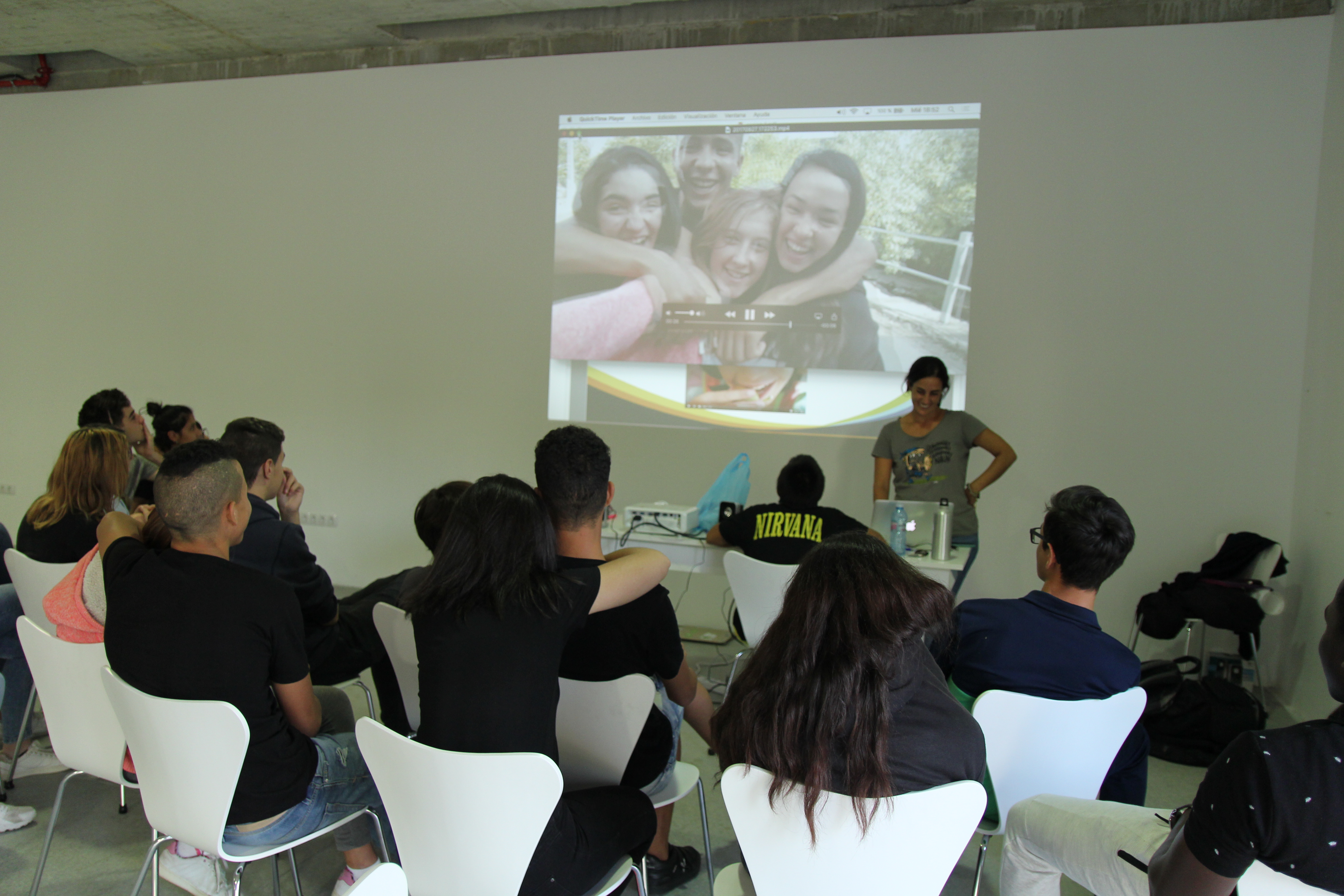 The premier of the movies took place 30th of October 2017 in the main theatre of Ourense. Short Films do not talk directly about the minors but said a lot about them, indeed. Those feelings that sometimes are no easy to share were in the screen this day and in front of an audience made of friends, familiars, educators, tutors and even the major of the city.

Their message trespassed the workshop walls and they were able to give visibility to the collective emotions they share. They show diversity and played the main role even being one of the most vulnerable collectives. They also showed a huge strength raised from self esteem and creativity.

(Also, they asked the major to allow them to continue with this activity for, at least, six months. Let’s see what happens!)